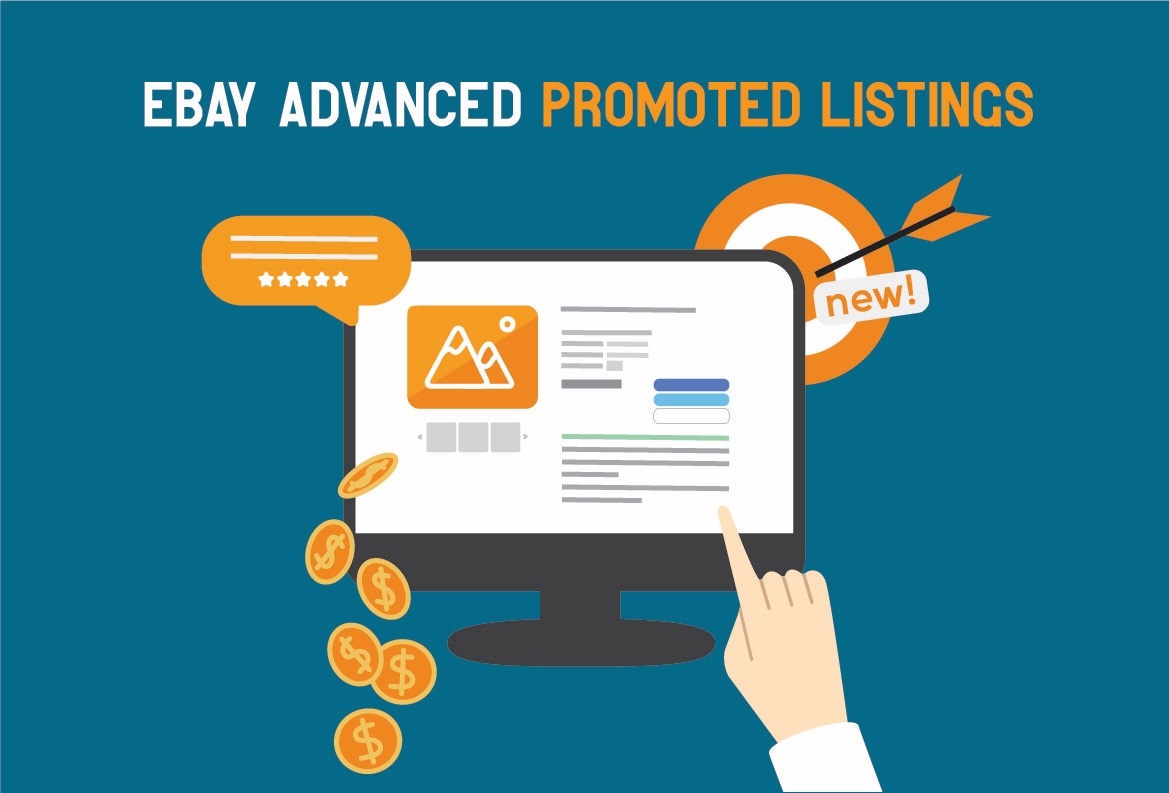 Earlier, in 2021 eBay released its new advertising option. Apparently, eBay decided to take after its big and more experienced brother – Amazon – and introduced its first cost-per-click (CPC) advertising. The new eBay ad type is known as Advanced Promoted Listings. Don’t worry, our beloved promoted listings advertising will not disappear. It was simply renamed into Standard Promoted Listings and is still available on the previous terms.

So what did eBay prepared for us?  There’s nothing new in the eBay’s new advertising features for those who’re familiar with CPC advertising model. The seller pays each time a shopper clicks on a promoted listing. Unlike Promoted Listings Standard option, a seller will pay no matter whether a customer purchases a product. That’s why Advanced Promoted Listings will not be beneficial for everyone as it’s easy to go over the budget and have no sales at all. However, it can be used to increase brand awareness.

What should we know about Promoted Listings Advanced?

Keyword-based. To tune up the ad campaign, sellers may use eBay’s suggested keyword ideas or select their own. Unlike Amazon, when you type in your own keyword, eBay doesn’t suggest searched keyword phrases to choose from. So it’s highly probable that your own keyword will not be as effective as eBay’s suggestions. Then adjust the bid to each keyword which will be paid upon a click.

Negative targeting. Selecting negative keywords was not available in the newly released model, but luckily was added later. So now you can enter the words and phrases that you want to exclude from the search.

Daily budget. There is an opportunity to stay within an allocated advertising budget by determining the daily budget limit which will not be exceeded by eBay. As in a classic CPC advertising, once you reach your daily budget, the ads will no longer show to potential customer until the next day.

Advertising of active items only. And again, this opportunity was released much later but better late than never. When creating an ad campaign, out-of-stock items will no longer be available to adding.

Filtering listing. To make it easier for seller to select listings to be promoted, eBay offers filtering by ‘eBay categories’ and by ‘store categories’.

Top-of-search placement. This is what differs advanced advertising from the standard one. In a standard model, an ad can have multiple placements including search results and listing pages. The new promoted listings will take top slots in search.